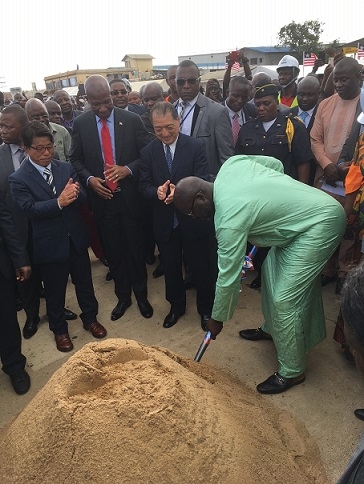 (1) On Wednesday May 30, 2018, Official Dedication of Phase I and Commencement of Works for Phase II of the Project for the Reconstruction of Somalia Drive were held in Monrovia. President of Liberia, H.E. Mr. George Weah and Japan’s Ambassador to Liberia, H.E. Mr. Tsutomu Himeno, as well as JICA representatives, were among those present at the ceremony.

Ambassador Himeno emphasized two important points of the project; high quality of the road constructed by Japanese companies and capacity building by the Japanese companies to Liberian workforce. He also introduced TICAD to the audience and requested H.E. Mr. Weah to attend TICAD 7 in Japan in 2019.

In his remarks, H.E. Mr. Weah expressed his gratitude to the Government and people of Japan. President also referred to a plan that the road would be renamed as Japan Freeway.

(3) The first phase of the project included; expansion of the current two-lane to four lanes, construction of two completely new lanes along with the current ones from Freeport to Redlight, covering 13.2 Kilometers and repair of the two bridges.


(4) The completion of the first phase of this project will have a positive impact on the movement of people, goods and services, improve access to basic social amenities such as hospitals, school, and others. 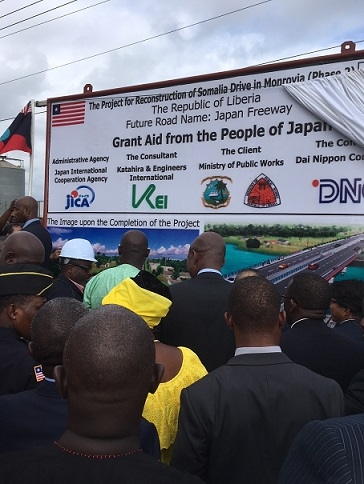 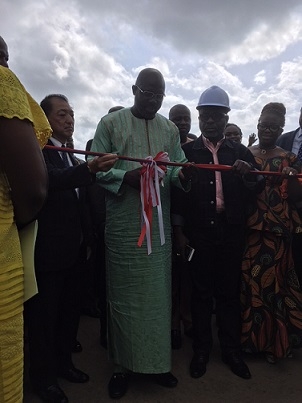